Delta Radio’s history can be traced to 1991, when Larry Fuss purchased what was then WRDC-AM and WQAZ-FM in Cleveland. The stations had been through a string of several owners and were off-air when Fuss bought them. Fuss teamed up with business partners Kirk Harnack, Brad Young, Rob Sidney and Jerry Johnson, renamed the station WDTL-FM, rebuilt the existing transmitter site, constructed new studio facilities, and went on-air on March 16, 1992.

The station’s Country format, featuring Jim Gregory in the morning, quickly became the most popular radio station in the area. In 1993, Delta Radio purchased WKZB-FM/95.3 in Drew, moved the station to Cleveland, renamed it WOHT-FM (“HOT95”) and launched an Urban Contemporary format.

WRDC-AM was renamed WDSK-AM, its original call-letters from 1953, and returned to the air in 1995 with an all-talk format featuring the popular Rush Limbaugh talk show.

On November 1, 2003, all four stations were sold to MRS Ventures, Inc. of Tyler, Texas. All four eventually ceased operation. However, WZYQ-FM was resurrected in 2015, now operating on 101.7

Delta Radio also owned two stations in the Greenville market, KZYQ-FM/103.5 and KRKD-FM/105.7. Those stations were also sold to MRS Ventures in 2003 and have since ceased operation. The 105.7 frequency is now occupied by the former WNLA-FM, and the WDTL-FM call-letters are now on that frequency.

Delta Radio was “reborn” in 2005, after the company regained ownership of WROX-AM and WKXY-FM in Clarksdale, Mississippi after an aborted sale.  In 2008, the company subsequently moved WKXY to Cleveland and in 2010, purchased WIQQ-FM, WBAQ-FM (now WIBT-FM) and WNIX-AM in Greenville from Debut Broadcasting. WNLA-AM and WNLA-FM (now WDTL-FM) in Indianola were purchased in 2011, also from Debut Broadcasting.  WROX-AM and its companion FM translator were sold in 2011.

KZYQ-FM went on-air June 1, 1997 as KAVH-FM, a religious station owned by Joel Kinlow of Milwaukee, Wisconsin.  After discontinuing operation in 2017, the station was sold to Contemporary Communications, a company affiliated with Delta Radio Network, and resumed operation in early 2018.  On February 5, 2018, the call-sign was  changed to KZYQ(FM) and the station adopted an Adult R&B format as “Star 101.”  The station operates from a tower located on Highway 65 north of Eudora.

WBYB-FM went on-air in 1993 as WDFX-FM, a religious station owned by American Family Radio from Tupelo, Mississippi.  The station broadcast a religious format.  In 2017, the station was sold to Delta Radio’s John Allen and the call-sign was changed to WBYB on December 17, 2017.  At that time, the station adopted an Oldies format and became known as “Oldies 98.3.”  WBYB broadcasts with 25,000 watts from a tower located east of Mound Bayou, Mississippi.

The station now known as WDTL-FM, went on-air on September 1, 1969 as WNLA-FM, the first FM station in Sunflower County, Mississippi.  The station had several owners over the years, including Eddie Fritts, Jr., Shamrock Broadcasting (Gerry Brophy), and Debut Broadcasting, before being acquired by Delta Radio Network in 2012.  Delta changed the station’s frequency from 105.5 to 105.7, increased the power, and moved to a tower located north of Leland, Mississippi.  The station was renamed WDTL (“Delta Country”) and launched a Classic Country format in 2016.

WIBT-FM began operation as on May 1, 1970 as WBAQ-FM, as easy listening station.  The format was changed to Adult Contemporary in 2004, under the ownership of Debut Broadcasting.  Delta Radio Network acquired the station in 2010 and changed the call-sign to WLTM, to better reflect the station’s branding at “Lite 97.9.”   On January 1, 2017, the station became “97.9 The Beat” and the call-sign was changed to WIBT-FM.  The station operates from a tower located north of Leland, Mississippi. 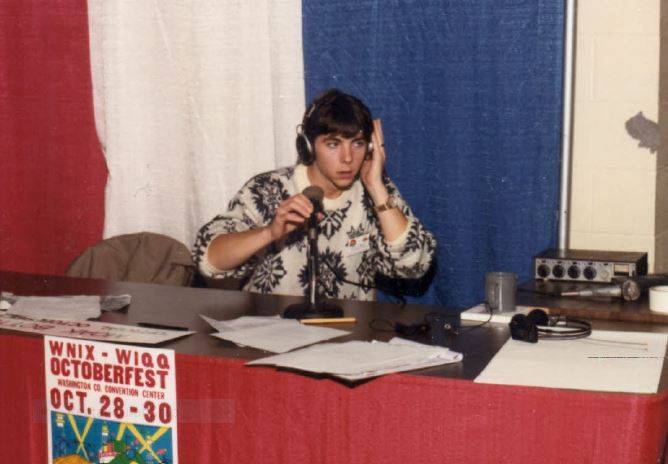 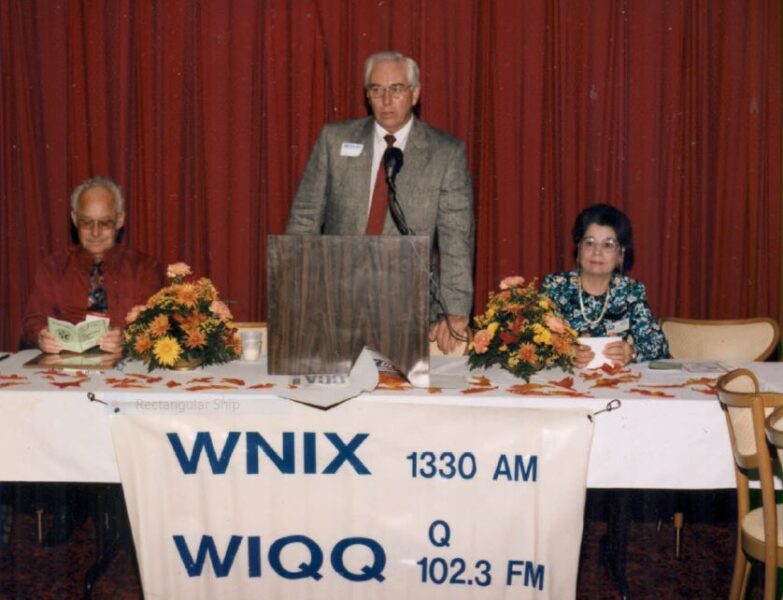 WKXY-FM signed on in April 2003 as a sister-station to WROX in Clarksdale, Mississippi. For over five years, WKXY simulcast the programming of WROX-AM 1450 in Clarksdale. In November 2007, Delta Radio applied to move WKXY-FM from Clarksdale to Merigold, Mississippi, a small community about four miles north of Cleveland. The FCC granted the application on April 2, 2008, and construction started soon thereafter.

The new WKXY-FM signed on November 8, 2008, broadcasting with a power of 6000 watts. New studio facilities were constructed at the Valley Court Square office complex in Cleveland, the original home of WDTL-FM/92.9. The broadcast tower, located near Mound Bayou, Mississippi, is the same tower utilized by WZYQ-FM.  In 2013, WKXY moved to 3965 Highway 61 North, about 3 miles north of Cleveland, a building that was originally the home of competitor WMJW-FM.

WMYQ-FM went on-air in 2018 as a brand new radio station serving Greenwood, Mississippi.  Operating on a frequency that was originally assigned to WQAZ-FM in Cleveland, WMYQ operates from a tower in Itta Bena, Mississippi, west of Greenwood.  The station’s 8500 watt signal covers the Delta from Carrollton to Leland.  Studios and offices are located in the old Federal Building in downtown Greenwood.

WNIX, the oldest radio station in Greenville, signed-on October 18, 1939 as WJPR.  The station was located at 107 S. Poplar Street in Greenville and operated on 1310 kHz with a power of 250 watts.  The station was owned by John R. Pepper, who also founded WDIA in Memphis.  According to the 1940 edition of “Broadcasting Yearbook”, The General Manager was Paul Thompson and the Program Director was Bert Furgason.

WJPR Sportscaster Jim Wilson, pictured in October 1947.  These are the only known pictures from the station’s early years. 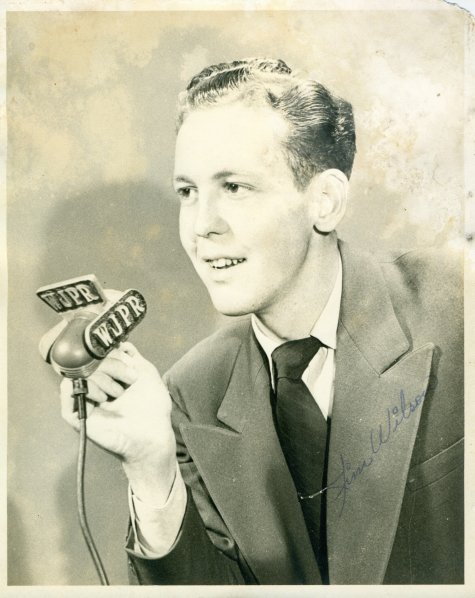 In the late 40s and early 50s, the station had an FM sister station, WJPR-FM, operating on 101.9 mHz.  However, that was long before the popularity of FM stations and thus there were very few listeners.  The FM was eventually turned off some time in the early 50s.

The call-letters were changed to WNIX on November 7, 1979, following a change in ownership.

The station has had a variety of formats over the years and is currently the only News-Talk station in the Greenville area.  An FM simulcast on 101.1 was added in 2011.

On March 1, 2015, WNIX increased its daytime power to 3800 watts, making WNIX the most powerful AM station in the Delta. The station can be heard from Clarksdale to Yazoo City, and all points in between.

The “NIX Chick”, circa 1980, with former Program Director and Morning Man Dan Diamond. 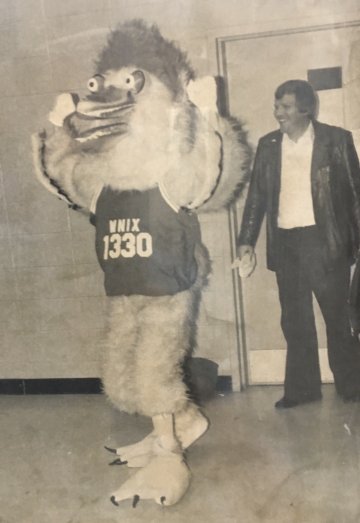 WNLA-FM started in 1971 as WDRU-FM in Drew, Mississippi.  Over the years, it was also known as WKZB-FM, WOHT-FM, WRKG-FM and WNOU-FM.  Delta Radio Network constructed a new 349-foot tower near Cleveland, Mississippi, and, on June 28, 2021, relaunched the station as WNLA-FM, simulcasting the popular black gospel format heard on WNLA-AM.   The new FM signal covers Bolivar and Sunflower Counties and portions of adjacent counties in the Mississippi Delta.

WZYQ-FM, known as “Star-101.9” was built in 1996 and featured an Adult Contemporary format.  In 2003, the station was sold to M.R.S. Ventures of Tyler, Texas. The station discontinued operation in 2007 and its license was cancelled b y the FCC in 2011. The current WZYQ(FM) went on-air in 2015, after the frequency was auctioned by the FCC. The new WZYQ operates on 101.7, a switch made in order to accommodate the move of WIQQ(FM) from 102.3 to 102.1 and WIQQ’s increase in power.  WZYQ airs the same programming as KZYQ in Eudora, Arkansas, and programs an Adult R&B format.