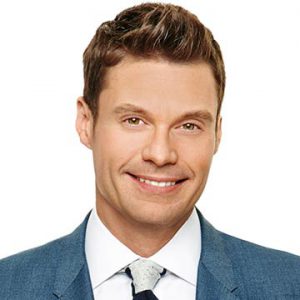 About American Top 40 with Ryan Seacrest

He's everywhere, including Q102!  Ryan Seacrest counts down the Top 40 hits on the week, every Sunday on Q102. AT-40 is heard Sunday morning 8am-Noon and again Sunday night 6pm-10pm.

He is celebrated internationally as host of the top-rated primetime talent showcase "American Idol" on Fox, which he has been nominated for an EMMY many times. He is host and executive producer of ABC’s annual New Year’s Eve program, "Dick Clark’s Rockin’ Eve with Ryan Seacrest." He also has an agreement with NBCUniversal that includes on-air broadcasting and producing duties across the NBC and E! networks.