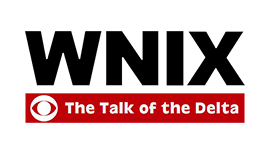 People are talking about WNIX.  With the most powerful AM signal between Jackson and Memphis and some of the biggest names in Talk Radio – including Dana Loesch, Todd Starnes, Jimmy Failla, Brian Kilmeade, Doug Stephan, and Kim Komando, WNIX appeals to the better-educated, more upscale listeners who enjoy stimulating talk programming and the latest news.  WNIX features CBS and FOX News, up-to-date weather forecasts and the Delta’s only daily local news broadcasts from the Delta Radio Newsroom.  If you want to sell your product or service in the Delta, you should be advertising on WNIX.

News: Hourly newscasts from CBS and FOX Radio, plus local news from the Delta Radio Newsroom.

WNIX, the oldest radio station in the Delta, signed-on October 18, 1939 as WJPR. The station was located at 107 S. Poplar Street in Greenville and operated on 1310 kHz with a power of 250 watts. The station was owned by John R. Pepper. The General Manager was Paul Thompson and the Program Director was Bert Furgason.

In the late 40s and early 50s, the station had an FM sister station, WJPR-FM, operating on 101.9 mHz. However, that was long before the popularity of FM stations and the FM was eventually turned off some time in the early 50s. The station has had a variety of formats over the years and is currently the only News-Talk station in the Greenville area.  An FM simulcast on 101.1 was added in 2011. In 2015, WNIX-AM increased power to 3800 watts, making it the most powerful AM station in the Mississippi Delta.