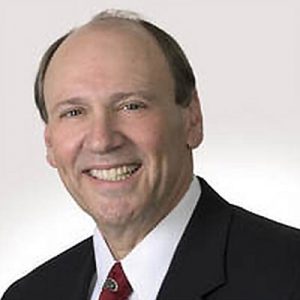 Bill Handel's weekend show, "Handel on the Law," is bold, entertaining and addictive. Bill definitely knows his way around our wacky American legal system, and with a quick wit and razor sharp tongue, offers up advice to countless callers on a weekly basis. Syndicated nationally, Handel has amassed a loyal fan base that continues to grow. Bill Handel has been able to couple his passion for talk radio with his experience as a lawyer and the result is a unique blend of information and humor.

As host of "Handel Yourself in the Morning" Bill has attained #1 status in Los Angeles's highly competitive morning drive time radio and recently was the winner of Radio and Records News/Talk Personality of the Year. Heard on KFI AM 640 - the most listened to news/talk station in America- the show features Bill's unique perspective on topical issues and pop culture. Highly informative, hilarious, edgy and entertaining are just a few of the words frequently used to describe the show. On June 12th, 2009, Bill was honored by Hollywood Chamber of Commerce with a star on the legendary Walk of Fame at 6640 Hollywood Blvd. [view photos]

In addition to his success in talk radio, Bill is a renowned expert on the legal aspects of Reproductive Technology and has provided legal counsel for several hundred cases of third party reproduction. Bill serves as Director of the Center for Surrogate Parenting, Inc. in Encino, California and Annapolis, Maryland, which has been helping couples become families for over 36 years. He has lectured at universities and medical conferences on several continents and has written articles for numerous medical and legal journals. His expertise on this topic has been featured in articles for the New York Times, Washington Post, Wall Street Journal and other publications and he has appeared on hundreds of television shows including "60 minutes," "Nightline," "48 Hours," "Today," "Frontline," "Crossfire," as well as BBC Television and CNN. (In 1996 Bill hosted a nationally syndicated talk show, "Judge for Yourself." The show celebrated one season of success and Bill is forever grateful to the eleven viewers that tuned in.)