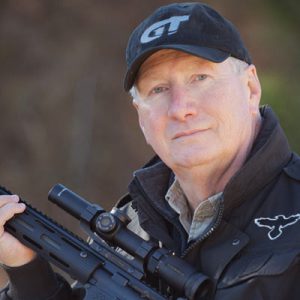 About Gun Talk with Tom Gresham

Tom Gresham’s entire life has prepared him to be the host of Gun Talk®. He has been shooting since the age of six, deer hunting since 11, and at the age of 13 he was taking photographs for the best selling book The Complete Book of Bass Fishing, written by his father, Grits Gresham. By the time he was 18, Tom was co-author (with his famous father) of a syndicated newspaper column. At 23, he was the editor of Southern Outdoors Magazine. Other outdoor magazines he has edited include American Hunter, Alaska, Handloader, and Rifle. Tom also has written several books, including "Weatherby: The Man, The Gun, The Legend."

Gresham lives in South Louisiana, and from there he travels the country to tape television shows, visit gun factories, and venture out on great hunting trips, often flying his own plane.

And, of course, there’s that little matter of a weekly talk radio show about guns. It’s a monster, carried on regular radio stations, on XM satellite radio (channel 165), through live streaming and available worldwide through podcasting and downloadable MP3 files.

Well, a strong dominant left eye means he shoots from the left shoulder, but shoots handguns right handed. The two cartridges he is enjoying tinkering with currently are the .300 Jarrett (created by South Carolina gunsmith Kenny Jarrett from a blown-out 8mm Remington Magnum case) and a delightful .257 Roberts. Why the Roberts? It was the first centerfire cartridge Tom ever fired (his mother’s custom rifle), and it’s always had a special place in his heart. Besides, it’s still a great hunting cartridge.